Events like the Tour de France in Europe and the True Grit Epic in Utah have spiked everyone’s interest in cycling. As a beginner, who might have been using a cruiser to get around town once in a while, there are different types of biking available for recreation and sport. Two of the most popular are road and mountain cycling, which requires different types of bikes.

In this piece, we put road bike vs. mountain bike and break down the differences in the two machines. When you are finished reading, you will have a better understanding of both vehicles and the options that come with them.

History of the Road Bike While these two bikes are different in many aspects, they are evolutions of an earlier species known as the bicycle. In 1817, Karl von Drais, a German baron, was the first to design a rig that allowed a human to balance on two wheels while steering. It was made from wood and didn’t have a chain or spokes to keep cards for flapping.

This invention was the beginning of what we now call a beach cruiser, a ten-speed, and anything that gets us from point A to point B. It wasn’t until later that terms started to take a new fork in the road.

History of the Mountain Bike As it turns out, riding a bicycle up and down a mountain on a narrow dirt road is just as old as the bike itself. If you think about it, mountain biking is actually older than road biking, but not by much as it turns out.

France was the first to pave a road, which was the famous Champs-Elysees in Paris, built in the 1600s. This famous street was paved with asphalt in 1824, less than a decade after Baron von Drais peddled his way into history. Over time, the two styles of biking split in the two-wheelers used for each became different in many ways.

The bikes designed for paved road travel are also known as racing bikes because they are the types of bikes used in smooth concrete road races, like the famed trek these machines make around France in the most illustrious bicycle competition in the world.

Bikes created for paved road biking are also known as ten-speeds, which anyone old enough to ride one in the 1970s, can picture with ease.

Road bikes have grown up a lot since their pre-millennial cousins. Today you can get up to thirty gears, but this has no effect on how fast you will go, unlike the term “speed” implies. Gears are used to help the rider keep their pedaling pace at a level they can handle.

When you are zipping through an urban landscape or riding down a long country road, sometimes speed is the name of the game. Actually, for most racers and enthusiasts, speed is essential. To reach maximum speeds, it makes sense that the bikes would be kept lightweight.

I used to drive a heavy one-speed cruiser up and down the local trail and, while my workout was intense, I found the journey much more comfortable when I switched to a lighter bike. Some materials that are used to make road bikes include the following.

This lightweight metal makes up most road bikes on the less expensive end of the spectrum. Aluminum weighs in at 1.56 ounces per cubic inch. This material will not feel heavy beneath you.

First discovered in 1791, it wasn’t until the 1990s when titanium became a popular metal for designing bike frames. It was a hot commodity in the latter part of the last century because it is light and durable. Mining for titanium is costly, time-consuming, and more complicated than other metal extraction processes, which drives up the price for this material.

Titanium is combined with other metals, like aluminum, to make an alloy, which you might see when shopping for bikes.

Created from sturdy crystalline threads of carbon this material is also known as graphite fiber. The reason it makes such a fantastic material for a road bike because it is equally lightweight and durable.

The issue with this material is no two carbon frames are the same. Cheaper carbon fiber isn’t as resilient as the more expensive types. So be sure you know what you are getting.

When you choose to take your bike down a rough road, the frame needs to be a bit more durable. The materials we’ve discussed are used to make mountain bikes as well, but butted steel tubing is another option. It is much stronger than the others and can take a hit. It’s also elastic enough to absorb shock.

Steel bicycle frames started appearing in the late 1800s, so this type of frame is almost as old as the sport of cycling itself. Due to the use of steel in some models, mountain bikes tend to be more substantial in weight. When you consider the terrain, the rider is better off with a tenacious material against rocks and other flying debris.

The contour of the road is different when comparing road and mountain biking, so it comes as no surprise that the tires you have on your vehicle will also differ.

Tires attached to road bikes are more narrow and come with a pair of numbers, like 700 x 23. The larger number signifies the diameter of the tire in millimeters when measuring from the outer portion of the wheel. The smaller number stands for the width of the tire.

Different sizes are available, and some are specific for use as a front tire than a rear. They can be as narrow as eighteen millimeters, which are popular with racers looking to ride swiftly. In short, the thinner the tire, the faster the bike. If you are planning a long ride, then a thicker width would offer more comfort for your travels.

When looking for tires to fit a mountain bike, the dual numbering system should look different. On the side, you should see numbers like 27.5 x 2.0, which stands for diameter and width similar to the pairing of road bike tire measurements. The difference is they run in inches.

If you haven’t noticed a pattern here, the tires that come with mountain bikes are much thicker than road bike options, which has a lot do with where riders ride. Narrow dirt roads have more lumps, rocks, sticks, and other hazards that give these types of rides their bumpy reputation. Tires for mountain bikes can have a small width of 1.9 inches and as large as 2.5 inches.

When your tire has “tread,” that means it can grip the road. As it is with most things, more is better. So, the more tread your tires have a better chance your bike has to stay secure on the ground below.

When inspecting the tires on a road bike don’t be surprised if they seem smooth in a lot of areas. Called slick tires, designers had speed in mind when designing these. There is some tread on these tires for weather hazards like rain.

You have to take a little more care about detail when shopping for tires to fit a mountain bike. There are specific threads used for front and a different type used in the back of the bike. You want the front end of your bike to have the correct traction needed before you start head first down a rocky hill.

Front-end tractions tires also help when it comes to taking a corner while the rear version focuses on control and excellent power ability. You will hear the term “knobby” when it comes to tires for mountain bikes, which also has to do with grip power.

The group of sprockets or sharp metal circular things your chain moves over when pedaling is called cassette. They can vary in size and shape, and they do, when you compare them between these two styles of bike.

Don’t be surprised if you see a theme with each of these differences. Rear cassettes on road bikes tend to be smaller with some exceptions. They also offer more individual gears and is set in the hub deeper.

Cassettes on this type of bike have shorter splines to save on excess weight, and they have group gears opposed to individual, to circulate the forces evenly for the duration of the ride.

The difference between chainrings between road and mountain bikes is so simple that there is no need to divide it into subcategories. Road bikes typically have three chainrings while mountain bikes have two, which is also known as a crankset.

These contraptions help the chain move from the chainrings in front to the rear cogs and back again. Road bikes typically come with derailleurs in the front and rear while mountain bikes might only offer rear derailleurs. When this happens, the rear cassette usually has a wide range of gear selections. When riding a bike, the grip you have in your hand is as vital as the tread in the tires.

This type of bicycle has what are called drop handlebars reminiscent of the handlebar on that 1970s ten-speed. The middle of it is straight and reaches out until it curves forward, eventually moving under itself and back toward the rider.

Drop handlebars are not as full and are easier to maneuver through an urban setting. The rider leans forward to create a more aerodynamic position.

Flat handlebars are typical on this type of bike, and they do not require a rider to lean forward. This type of bar made from a tube that is straight, hence the title. Some riders believe this style offers more control in the ride, which is essential when riding down a mountain. They are also supposed to work better when climbing but can be strenuous on the wrists.

When attempting to stop during your ride, if you look close, there are different types of brakes on bikes depending on where you ride them. Road bikes might have cantilever or caliper brakes while stopping equipment on mountain brakes are usually V-brakes. Both styles might also have mechanical disc brakes.

Mountain bikers tend to use their brains more often because they come across more snags in the road.

While the actual pedals might look the same, the cleats attached are smaller to make unlocking them simpler. They are made that way because riders on mountain bikes fall off their bike more often than road riders. Although, anyone who rides through pothole-laden streets might beg to differ.

While we all know you can hit something unexpected when riding on a paved road, for the most part, you are sailing on smooth terrain. Some road bikes don’t even come with a rear suspension.

When riding in an offroad sense, the suspension can mean the difference between a fun ride and one where you are still rattling from all the shocks. The suspensions in these bikes are designed to obtain more of the turf when riding a rugged path.

Within these two styles, there are subcategories to each. With road bikes, you have the choice between performance, sportive, cyclocross, touring, TT, and hybrids. Mountain bike types include dual-suspension, hardtail, cross-country, enduro, gravity, and rigid.

There are so many different styles of riding within these two disciplines you need to know your course intimately so you can make the right selection.

Choosing the right bike is a big decision because they tend to be a pricey purchase if you are serious about your riding. Take your time, and don’t rush. Ask your friends who ride what they like and if they will let you take their ride for a spin so you can become familiar with frames, tires, and everything else that comes with choosing a bicycle. 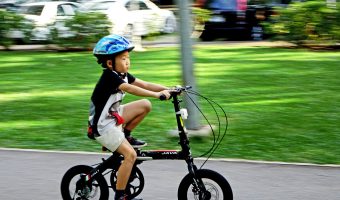 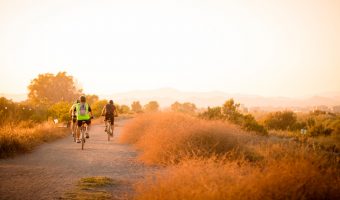 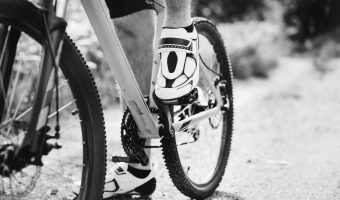 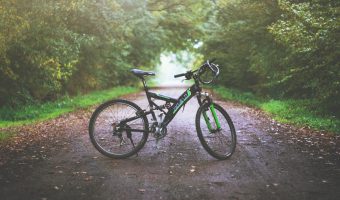